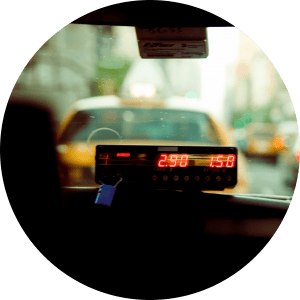 In a closed nation, a church of 250 members exists, a very large group given the persecution around them. Many members came to Christ when they watched the JESUS film. Though this church was legal and registered (one of very few), it was also growing too fast. The authorities closed it down. The pastor, Omar*, became concerned. Some suggested he leave the area, but he replied, “Who will care for my flock? How will they share the good news with others?” Then the Lord inspired a solution.

Pastor Omar divided his church into cells of three to five people, 75 groups spread throughout the city. To minister to them, Omar became a taxi driver. While varying his route so as not to attract attention, he picked up the various cell leaders. As they drove around, he taught them the week’s lesson. Each leader then shared the lesson with his or her group members. In the taxi, Pastor Omar also gave his leaders microSD cards containing JESUS and the Word of God, helping them lead more to Christ.

The ministry partner who heard this story met with the pastor of another registered church in this country. As they sat together with some of the church members, the ministry partner offered hundreds of microSD cards to the pastor. Immediately, the pastor became agitated: “No! We would never give these out. We won’t take them. It’s illegal.” He rejected everything offered.

After the meeting, the pastor drove the ministry partner to the train station, explaining, “We want all you have! I just have to deny everything. You never know if there is a plant in our numbers. Please, I’ll take whatever you can give us! Our members will pass them out.”